This is the company’s fourth funding round, following its seed and angel rounds in 2013 and 2015, respectively, as well as a $3m Series A round completed in 2016. The total amount invested in the company so far is $8m.

“We have been following ServiceMarket’s traction within Dubai and they have received positive feedback from users on its ease of use, speed and convenience,” said Waleed Dhaduk, the acting chief executive of EII, an associate of Emaar Properties. “This investment makes strategic sense for EII under our technology platform, since ServiceMarket offers services that complement our ecosystem.”

ServiceMarket, which allows customers to find and book home services, served more than 150,000 customers last year alone, generating more than $30m in sales revenue. It has grown manyfold in just a few years by launching new services, partnering with service providers and adopting proprietary technology, the company said. It has so far expanded to eight cities in the region and plans to grow further in the rest of the Middle East, North African markets and beyond.

Investors such as EII and VC funds are actively supporting start-ups in the UAE, which is among the top priorities of the Government to develop entrepreneurship. EII’s investment is also in trend with traditional brick-and-mortar players in property, home improvement and consumer goods investing in technology start-ups that operate in the same space. Some examples are Ikea’s acquisition of TaskRabbit in the United States and Walmart partnering with Handy.com to offer assembly services to its customers.

“The size of the home services market in the GCC region is around $20 billion to $30bn annually, and less than 1 per cent of these services are found and booked online,” said ServiceMarket’s founder Bana Shomali.

“Compare that to travel, hotels, flights and entertainment, where 50 to 80 per cent of these services are bought online in developed markets. “ServiceMarket’s ambition is to deliver home services online to consumers in the region,” she said. 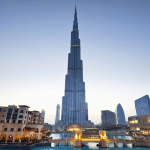 50 most influential expats in UAEUncategorized