UAE to invest Dh1.3 trillion in these sectors

Energy, utilities and transportation sectors in the UAE will see massive growth in the next two decades as the government will pump Dh1.3 trillion in the development of these sectors, analysts said.

They said that the huge investment is expected to boost economic growth and create more jobs in the country.

Dr Yahya Anouti, principal at Strategy& Middle East, said most of the new investment will go into oil and gas, power, water and transportation sectors in the next 20 years with a large chunk of spending on oil and gas will mainly come from Abu Dhabi.

Following the experiences of resource-rich countries around the world, he said the most impact has been associated with the extractive industries – oil and gas sector in case of the UAE.

Avin Gidwani, CEO, BNC Network, said the UAE has a long-term plan and as it increases investments in non-hydrocarbon sectors to build sustainable economy that is independent of oil.

“Though the development will span across all the emirates of the UAE, our analysis suggests that Dubai and Abu Dhabi will continue to attract the most investment. We expect the region to experience large investments in the transportation, sustainable power generation and mega-urban developments,” he said.

According to Middle East Rail, $250 billion is expected to be invested in the Middle East on various railway projects over the next decade. This year alone, it’s estimated that spending on 162 regional projects to be over $86.7 billion.

In addition, billions of dirhams are currently being pumped into the development and expansion of Al Maktoum International Airport and Abu Dhabi Airport.

According to Strategy& report, other GCC governments are also investing significant amount to develop infrastructure. Saudi Arabia is likely to spend Dh4 trillion ($1.1 trillion) from 2019-2038, while the UAE is scheduled to invest $350 billion over a similar time frame. These large development schemes can allow local companies not just to substitute imports, but also to grow non-oil exports by enhancing their capabilities.

“Not only will sectors such as the transportation and tourism experience growth, we will see emergence of new industries as the UAE takes the lead in developing new technologies in line with the vision for creating a knowledge-based economy,” said Avin Gidwani of BNC Network.

However, many local-content programmes fall short of their objectives because policies are affected by the conceptual biases of policymakers. By understanding and addressing these biases directly, developing countries can ensure that they retain the bulk of the economic gains from the coming wave of infrastructure spending.”

According to Strategy& report, GCC governments need to think logically about how they balance the need to localise manufacturing while pursuing sound economic policies. There are many capabilities that the region does not possess because of its small size and hence needs to import to build infrastructure.

“Additionally, policymakers need to stress the importance of economic openness and free trade given the region’s need to export. However, many governments have a sense of urgency that, although commendable, can lead to short-sighted and counterproductive policies,” the report said.

With $1.2 trillion of roads, buildings and infrastructure projects planned across the GCC at the start of 2018, according to Research and Markets report, the region offers abundant opportunities for construction contractors, engineers, project managers and manufacturers.

In the next two decades, according to Strategy& non-OECD states are projected to spend more than $57 trillion on infrastructure projects, compared to $34 trillion by OECD countries, it said. 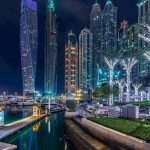 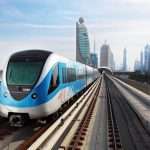